I’m thrilled to announce the release of the first volume of our PK-12 Literature curriculum, which is available as both a printed book and a free PDF.

Start your child on a journey into literary greatness

Recently, we described our plans to create a full PK-12 Literature curriculum. We’ve been hard at work, and are now releasing the first full book in this curriculum: Journey Into Mother Goose’s Nursery, which is a richly illustrated collection of more than 70 nursery rhymes and more than 20 timeless stories. Containing classics like Aladdin, Jack the Giant Killer, The Three Little Pigs, and Beauty and the Beast, this collection will keep your child engaged for months.

Journey Into Mother Goose’s Nursery is intended for use as a read-aloud for pre-kindergarten students, but is also suitable for children in kindergarten or first grade.

A superior choice for Literature studies

We take Literature education seriously. Rather than using the simplistic, uninspired language of contemporary writers, Journey Into Mother Goose’s Nursery goes to great lengths to preserve the rich vocabulary and style of esteemed authors of the 19th and early 20th centuries. We do not hesitate to include words or references that may be obscure to a modern audience, but have added many footnotes to the text, ensuring that parents and children alike can enjoy it with confidence.

The skills your child will gain from this experience represent the first step towards a mastery of the great works of human literary expression. Every subsequent release in our Literature curriculum will challenge students to reach new heights, until at last they can plant their flag at the summit. From Mother Goose to Shakespeare and Paradise Lost, your child’s literary journey begins here.

How do I use this?

Read either a few dozen of the Mother Goose nursery rhymes or 1-2 of the stories every day. Explain the meanings of any words or concepts you think your child might not understand. When you are finished with the book, simply restart from the beginning. We recommend reading through the entire book at least three times.

Printed copies of the book are available for purchase from many online bookstores, or by clicking the “Buy Now” link below. We are only able to sell to U.S. customers at this time. 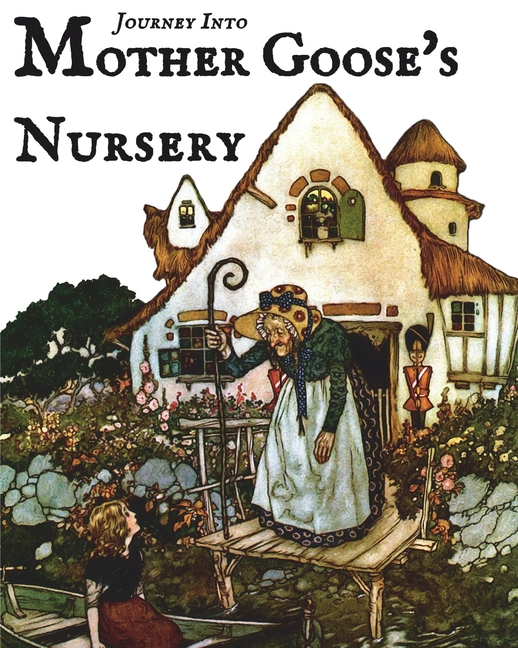 A free, full PDF of the book is available for download at the end of this page, which you can use to either print the pages or read them on a computer. The book has been created using images and stories that are in the public domain in the United States.

This book has been created using a variety of works that are in the public domain in the U.S., as listed here:

The Ultimate Numberblocks Guide for Homeschoolers

PK Wealth – What Do People Do All Day?